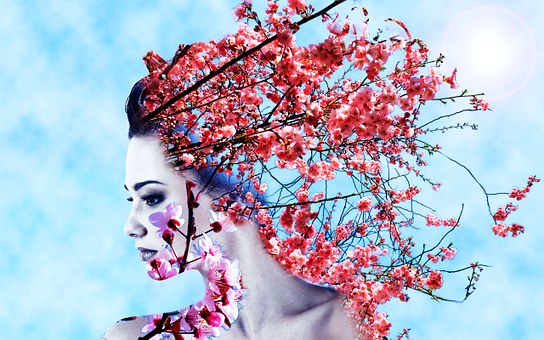 Quietly, he watched Eucheria attend to the amnesiac patient from the other end of the room where he was propped with his arms folded. As usual he had kept his distance, for the patient’s astounding unpredictability. At times, she seemed at ease with his presence, until distress sporadically set into those eyes, unsettling any previous ease.

His presence at the ward was non-imperative, considering Eucheria’s inarguably sound medical competence. For the umpteenth time, Dominic told himself he was there out of mere concern (more his physician instincts at play), and nothing else. That was logical enough, and that he would leave it as, without room for negligible reasons.

Over the past few days, Pelumi’s fluency had amplified. Her fairly articulate replies to Eucheria’s inquiries showed so much improvement in the past week. She grimaced as she listened to the gory details of her arm after the accident. Dominic had seen that look a couple of times on her to know she was scared. At some point, their gazes met as Eucheria shifted to pass some instructions to the newly employed nurse whose name constantly eluded his memory. Pelumi watched him in a mysterious way that had him wondering what her thoughts were about and wishing he was a psychic.

“Does your head still hurt?”Eucheria asked as she returned to her patient. Once Pelumi had referred to her as an ‘angel’ and got the whole crew laughing.

“No, just my arm.” Eucheria had again seized her attention “It itches a lot. It feels numb, and I’m tired of this….this-”

She nodded emphatically.  Casts really were a discomfort, and more for her being a right-handed injury. But what better option did she have? Only recently had she begun to learn how to work with her other hand, which by the looks of it was a frustrating fit.

As the ladies conversed, one could feel the easy trust that glided between the physician and her patient. The physician effect, he called it.

Again, Pelumi’s eyes found its way back to Dominic’s, except this time with a somewhat perceivable interest. Eucheria saw it, and at some point traded astonished looks at them both, which Dominic didn’t respond to.

“That’s my colleague, Dr. Dominic.” Eucheria supplied, deciding to help Pelumi out of her curiousity. “He rescued you and your brother from the wreck.”

Pelumi gave no response but glared on in an undecipherable way that had led Dominic into concluding she was the most difficult woman he had ever tried to read.

Finally, just when he was not expecting, she whispered her gratitude. “Thank you.”

Instantly, his years of trained layered defense stripped at her subtle words of appreciation and gratitude. He cleared his throat, somehow feeling the need for it “You’re welcome”.

A fleeting smile crossed her lips-the first of its kind. Rather the first he had ever seen, and it stirred some strangeness inside him. A kind of happiness that stayed even after her smile was long gone. Dominic frowned, largely confused by his feelings.

Eucheria’s advice to the woman broke into his cogitation. Something about developing a proper feeding habit.

“I can’t, I don’t…”Pelumi trailed, groping for the right word to better explain her situation. “I don’t have-”

A second smile leapt to her face in relief, and Dominic’s heart fluttered in response. He convinced himself it was only surprise at her reaction. Surprise because he had never seen her glow that excitedly, coupled with comprehending her plight. Search for words truly could be frustrating, he reasoned.

Eucheria instructed the nurse about including some multivitamin to Pelumi’s medication as she rounded up with her patient. On Eucheria’s cue, Dominic pushed himself off the wall and crossed the room to make an exit with his colleague. At the door, he stole a final glance backward, and again his gaze met with Pelumi’s. And for some inexplicable reason, he felt the strange rush of blood through his veins.

Shadows At The Crack Of Dawn-Episode 3